A Python text-driven app with a range of features mostly compatible with pnut.io. (An early beta suitable for personal use whilst having little knowledge of Python.) 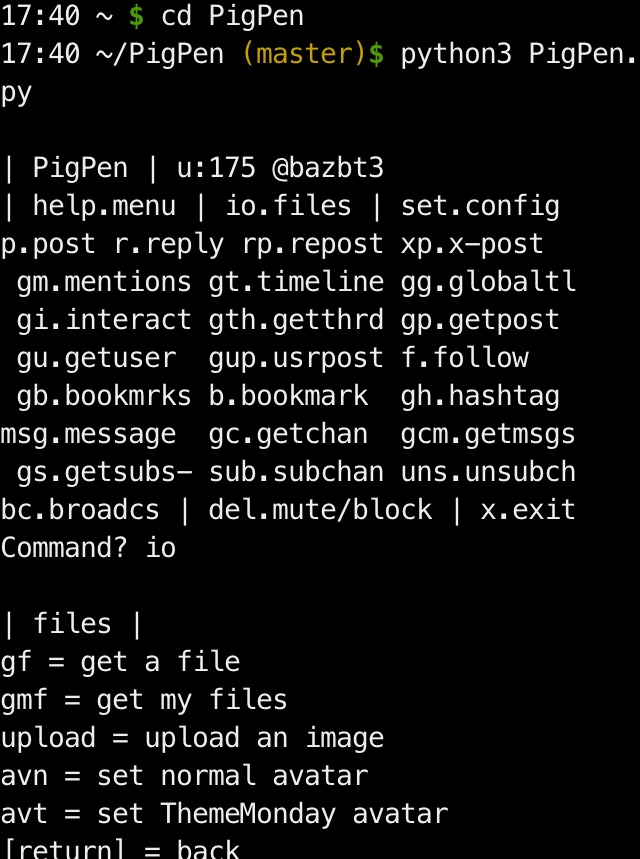 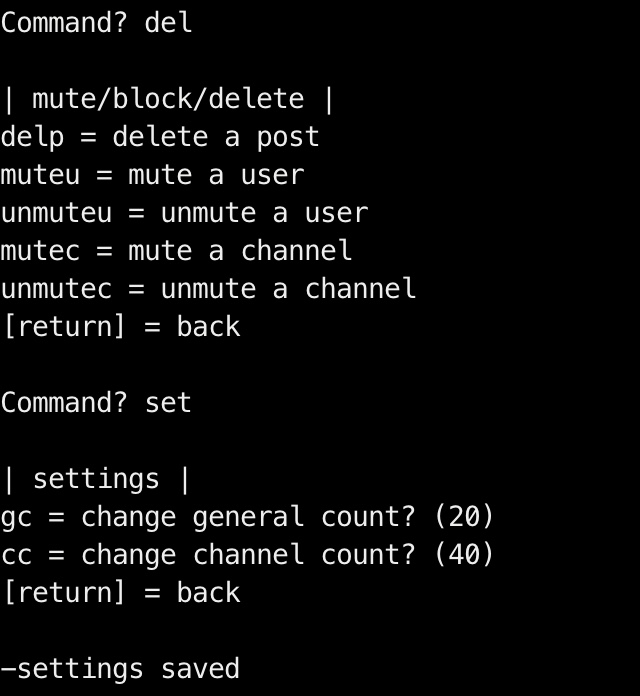 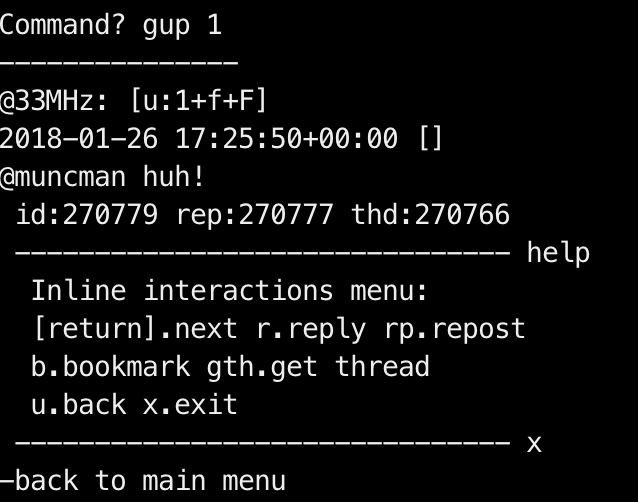 A Python 3 beta-level application mostly compatible with the pnut.io social network. Developed entirely in iOS Pythonista on an iPhone 6. Successfully tested at pythonanywhere.com (the pnut.io API is now available there even for free account holders!) & my web host.

Features:
* Automatic basic setup of timeline and channel listing lengths.
* Send posts, public and private messages, broadcast to channel subscribers.
* Query mentions, users, user posts, timelines, threads, public and private message channels.
* Interactions inline with timeline listings, e.g. reply, repost, bookmark, get thread….
* Create and list bookmarks.
* List occurrences of hashtags.
* Change avatars for #ThemeMonday, then back again after the event.
* Display inline images (limited right now.)
* Upload files to pnut.io storage (though I haven't yet figured out how to get them back again!)
* Most commands are 2-part, e.g. to list a user's posts, type `gup @33MHz`. User identities can be entered as user ID or username.
* Delete posts and unsubscribe from… (not much love given to the negative things.)
* Er… other things, perhaps.

Prerequisites:
* Can be run without a developer account. *Requires* generation of an app-specific token. DO NOT SHARE YOUR TOKEN FILE. FYI: I added its filename to .gitignore but never uploaded the file to the repo; it exists only alongside the live app.
* Python 3.
* The PNUTpy library (see this app's repo documentation for links.)
* To changé or reset an avatar, 2 .png image files in the same folder as the application.

Limitations:
* Other than necessary exception handling to bridge over my ineptitude most commands will fail if they're not typed 'correctly'.
* Lists are limited to predefined numerical limits (though they can be changed in settings.)

To install or check out the changelog, etc., see the GitHub repo.

Thanks:
@33MHz, @thrrgilag, @hutattedonmyarm, @jws, @ludolphus, and everyone who's helped me out on or provided inspiration for this! (Remind me if I missed you out!)